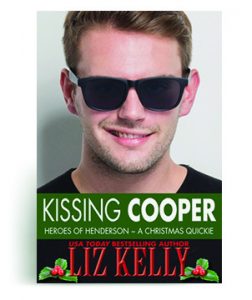 Scorched by an old flame, Cooper Crenshaw, Henderson High’s championship-winning baseball coach, has done everything in his power to avoid coming back to town. So running into Christy-Lynn Brilhart ten minutes after his return is less like a Christmas miracle and more like Cooper’s own personal Nightmare Before Christmas.

Now a stylish businesswoman, Christy-Lynn may be done wearing hand-me-downs, but she sure isn’t done setting Cooper’s blood on fire. As the Christmas season heats up, so does his desire to get to the bottom of their abrupt breakup. Realizing the town he still loves could use his major league help, Cooper figures it’s time to tie up a few loose ends.

“These books, this one included, make you laugh, smile, and engage you to the point that your are literally standing there (in this case, under the mistletoe).”
~Amazon Customer